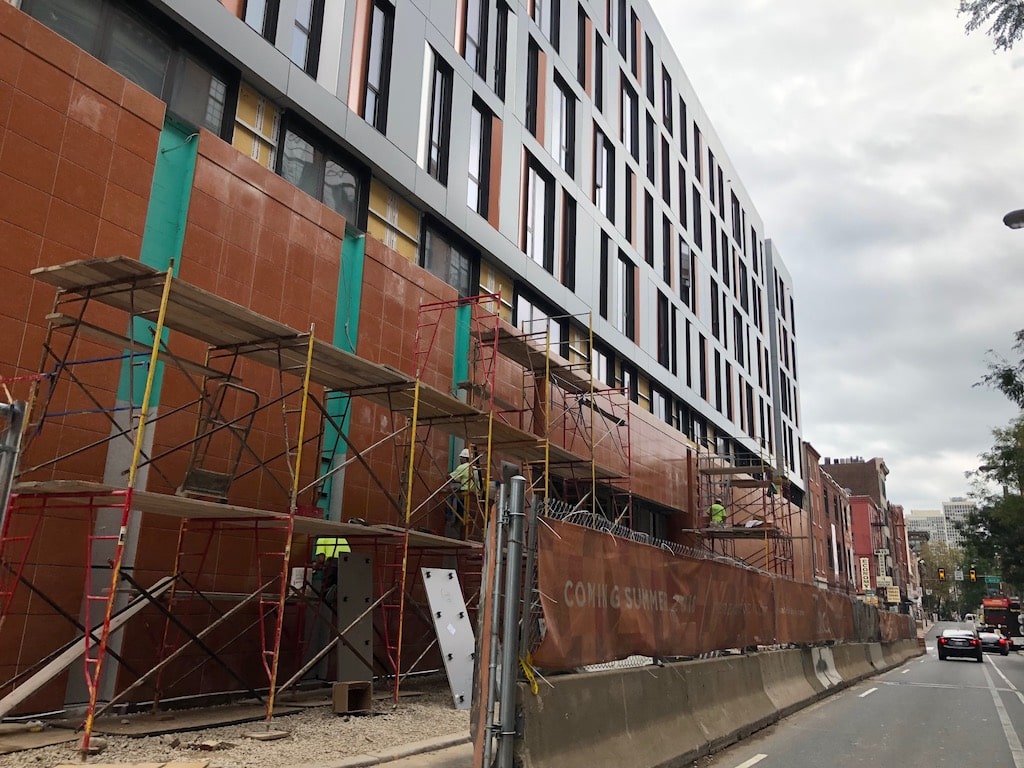 “109-131 N. 2nd St. was home to the National Products Company, a restaurant supply business, for the better part of the 20th century. Sometime in the middle of that wonderful century, they clad their building’s facade in orange tiles, making it one of the more unique structures in town. In the early 2000s, after the store closed, developers started looking at redevelopment opportunities for the sizable property, per Hidden City. The possibility of demolition resulted in the building getting added to the Philadelphia Historic Register in 2002, which in turn limited redevelopment possibilities.

That didn’t stop developers from trying, as several different development plans came up and down the pike over the ensuing years, none of them ultimately coming to pass. Finally, the Buccini/Pollin Group purchased the property with plans to build a six-story building with 192 apartments, 57 parking spots, and a small retail space…”