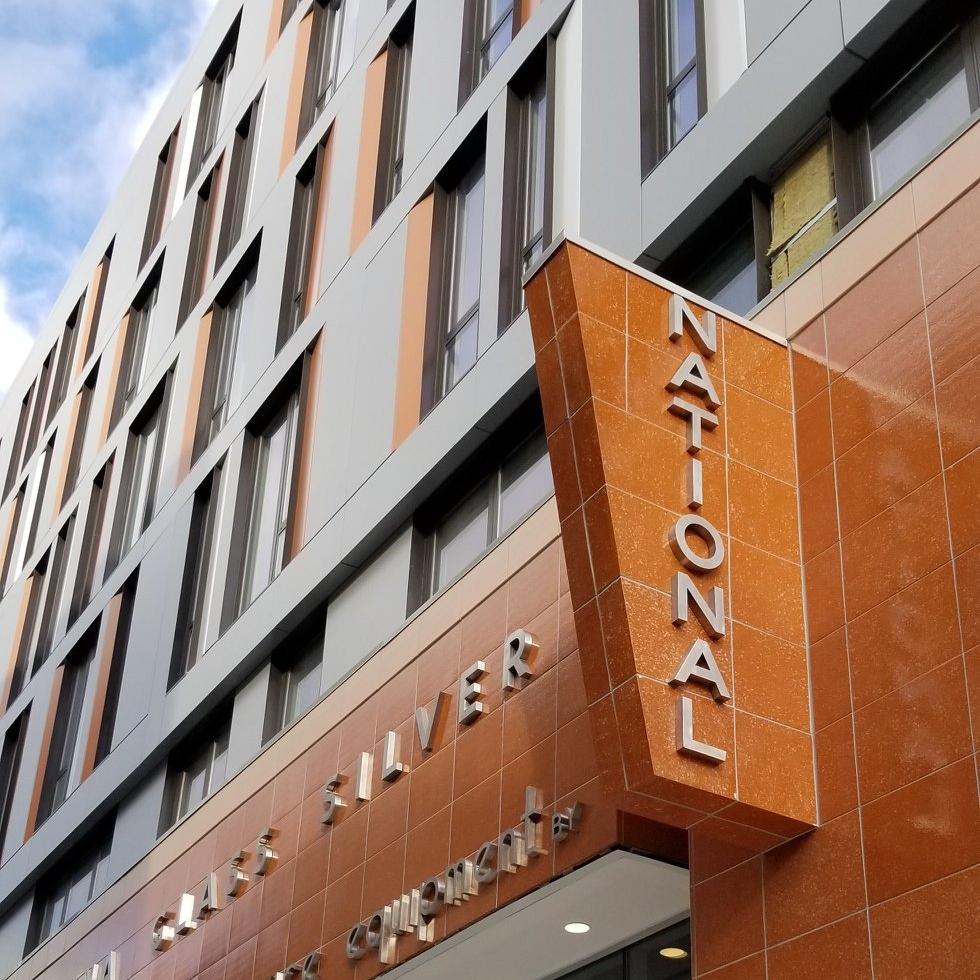 “The National, a re-developed mixed-use building that includes 192 apartments and a gym, has officially opened, welcoming new tenants on November 1. Located at 112 North 2nd Street, the National is one of several new apartment and condominium projects in the neighborhood.

The project is the first multifamily development in Philadelphia by Buccini Pollin Group of Wilmington. The real estate company has gone on to buy the Sheraton Society Hill and plans to renovate the hotel. It also bought the former Omni hotel at 4th and Chestnut streets, renovated and rebranded it as the Franklin.